Dealing with “large areas” has always been one of the challenges of thin films deposition. Our WD range systems (Web Deposition) are dedicated to the Plastics, Metallurgy, Textile Industries and other industries. 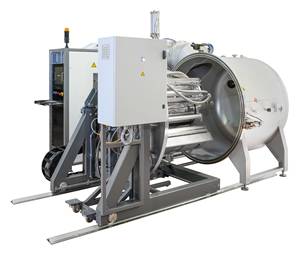 The design principle of this equipment is to receive both the transmitter coil and the receiver coil under vaccum.

The plastic film is then unrolled by taking into account its specificity so as not to deform the film during the unfolding/winding process and during the sputtering of thin films, this is an exothermic phenomenon.

*Usable Coating Surface given as an example
CONTACT US